To my Norwegian readers: As you intelligent people already have noticed, this post is in English, I am ”reporting” to my international perfume friends and it is nice to give them the real thing, and not some rotten rewrite through google translate. Bear with me!

The Les Parfums fair was supposed to have a public and professional part, but that was not the case. Anyone could register and get in. However, the exhibitors were very keen on knowing where we came from and what our connections to the perfume industry was, and I think it would have been kind of uncomfortable to be there only as a tourist. When I said that I sniffed for a shop in Oslo (which is true) and had a perfume blog, everything was fine.

The fair was staged together with a fashion fair, as it is (was?) fashion week in Paris. No trouble, but not much to look at in the fashion section for Elysium and me. 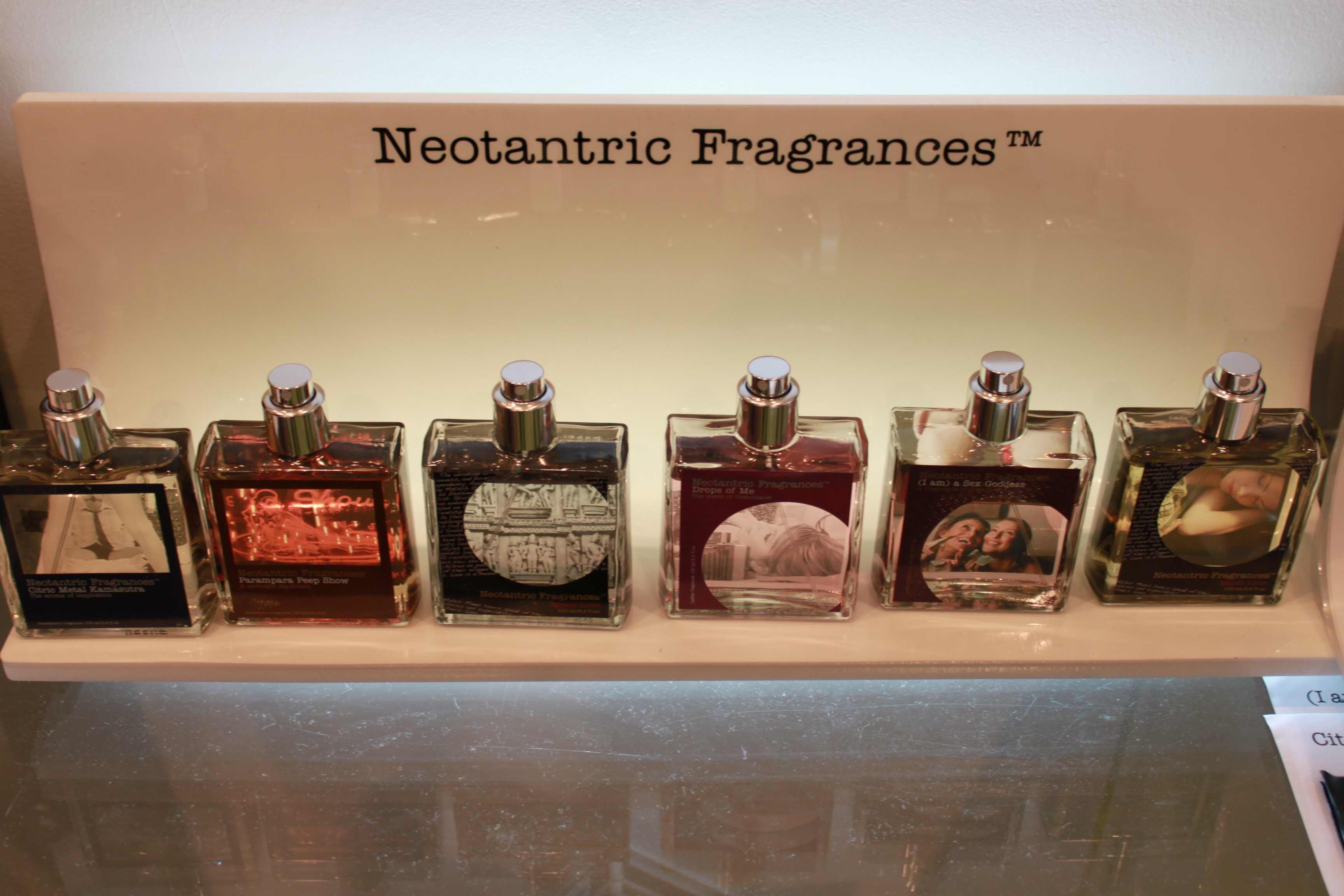 The first we found was the Swedish Neotantric brand, quite uninteresting. We didn’t even bother to sniff, we both knew it from before. One of those brands with very sexy image and design, and bland scents.

Next was Robert Piguet, we got to smell Futur, but samples only of the rest of the family. Futur is a green floral, with a base of cedar, vetiver and patchuli. For me it’s a no-no due to the violet. 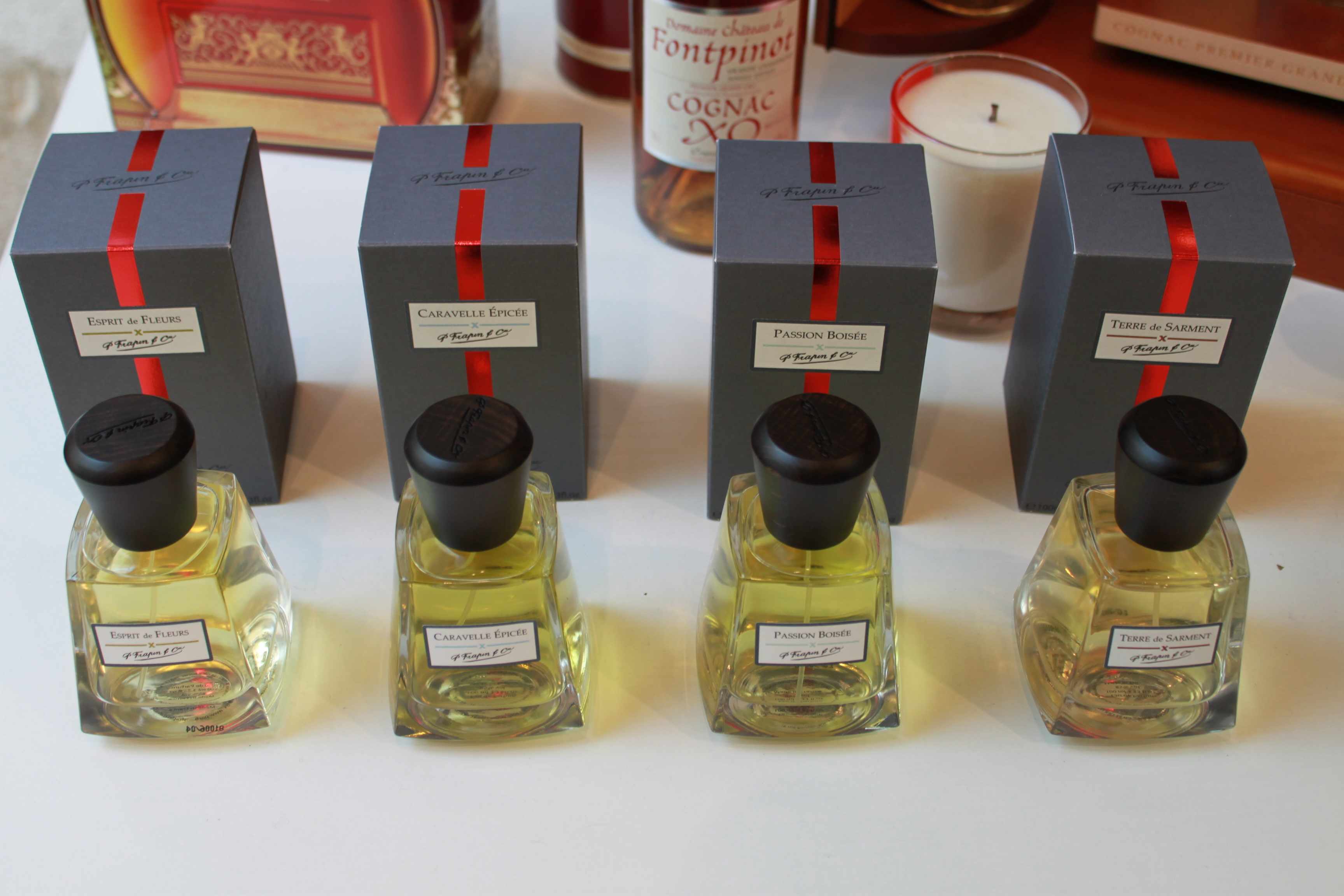 Frapin is launching their L’Humaniste this autumn, a nice scent based on the notes of gin and tonic. Their ’1270’ is based on cognac, which is the house’s mainselling  item. I might write more about these at a later time, I got samples of L’Humaniste, 1270 and Caravelle Épichée. On the way we passed a brand of skincare called Odile Lecoin, they claim to have made the ultimate day cream. We’ll see, I got a sample. 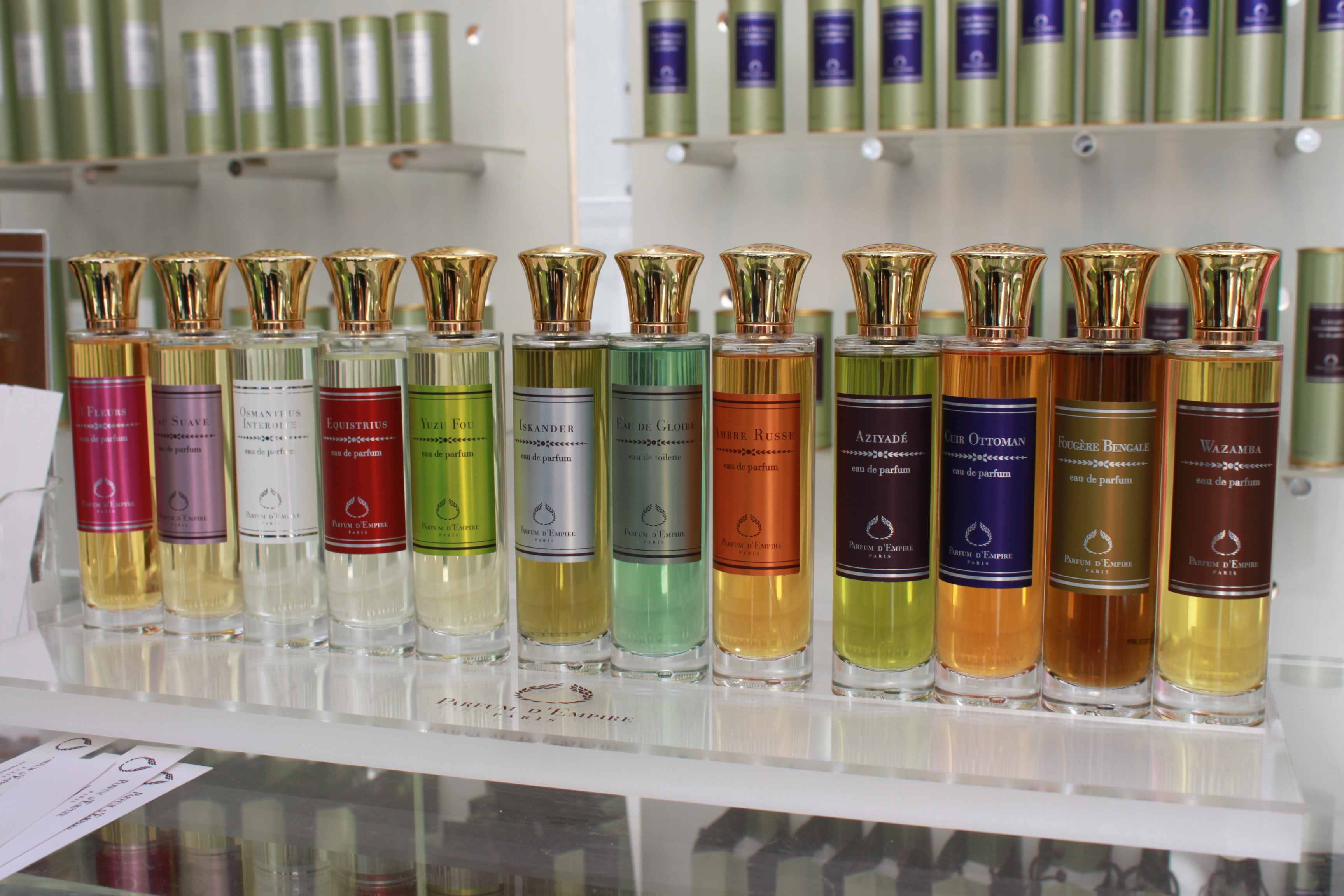 Parfum d’Empire was at the top of the stairs, a magnificent brand with a broad selection of scents based on old empires and their olfactory remains.

I enjoyed many of them, today I am wearing Fougère Bengale. I got a sample of each here too, so it will take me some time to get through this brand completely. 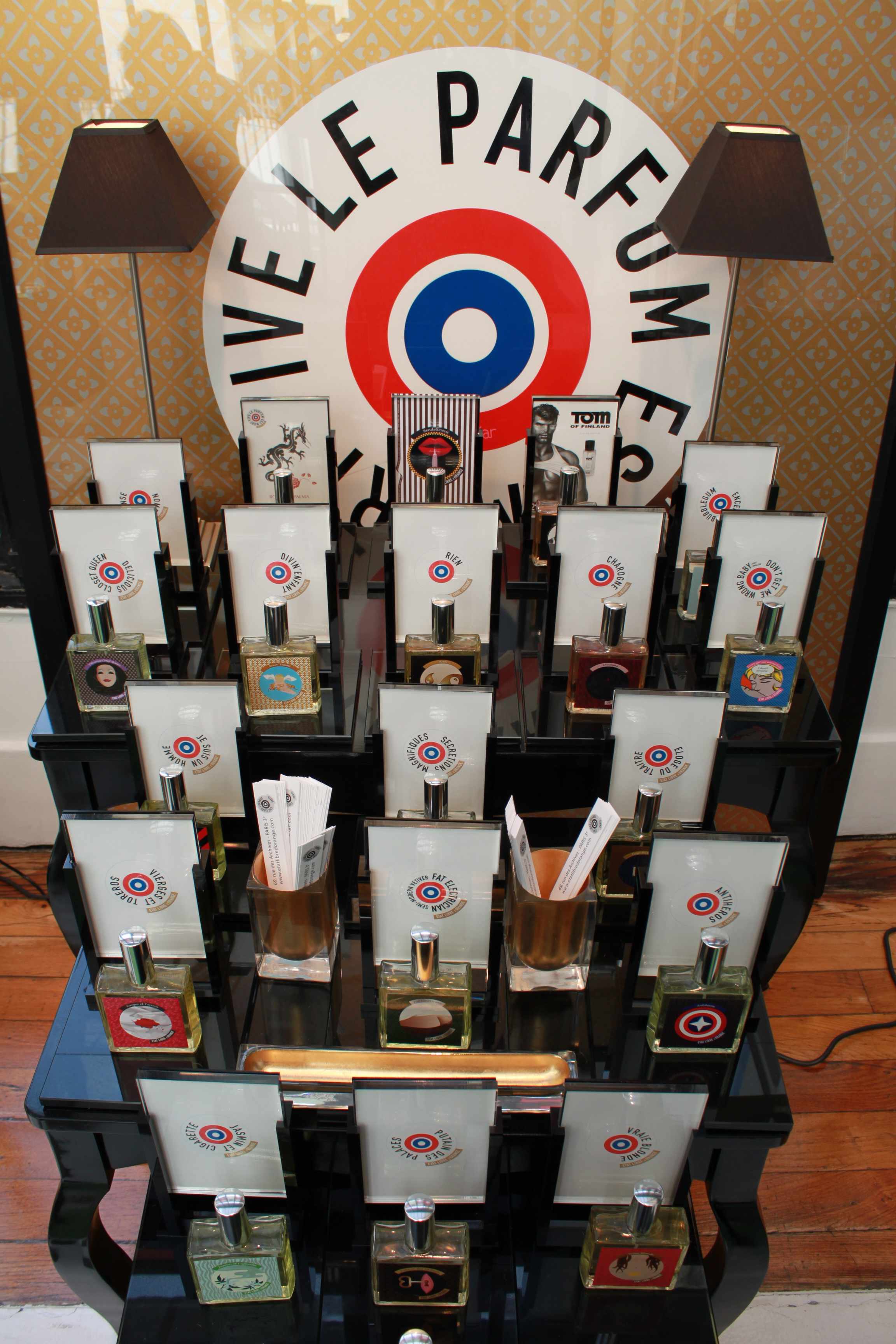 Etat Libre d’Orange left me with nothing but a few blotters. Their scents are very varied, some obnoxious, like Secretions magifique, where semen/sperm is a dominant accord, and Fat electrician, which has quite a bit of the same, animalic, metallic odor.

Noel au balcon and Tom of Finland, on the other hand, are both very well done scents, not offensive at all. As opposed to Neotantric, Etat really makes something out of their sexy image, except the “oh, you smell good”-factor. 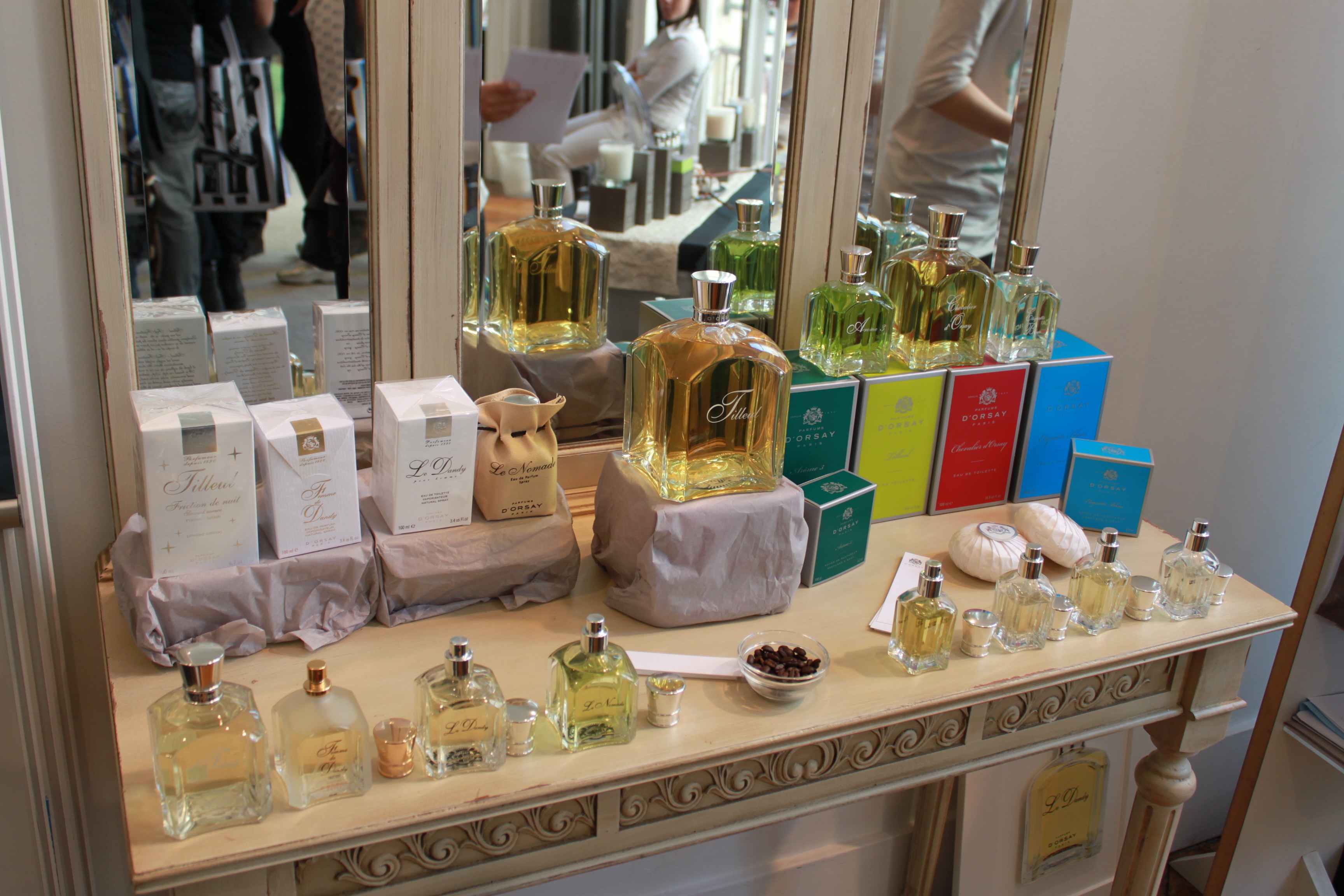 Upstairs there were many brands with candles and interior scent, we skipped those. But D’Orsay delivers perfume too, and has a range of nice smelling but kind of dull scents. As I came “home” to my computer and did some searching I found out that it is actually available in Oslo, Vinderntorget parfymeri, for those in town.

Isabey, an old family company, is relaunching Gardenia. A nice scent, but I think a broader range is needed to be able to “take place” in a shop. They knew my perfume friend from Gimle, which was great fun. I think that is what managed to show the people there that we were not faking us into the fair. 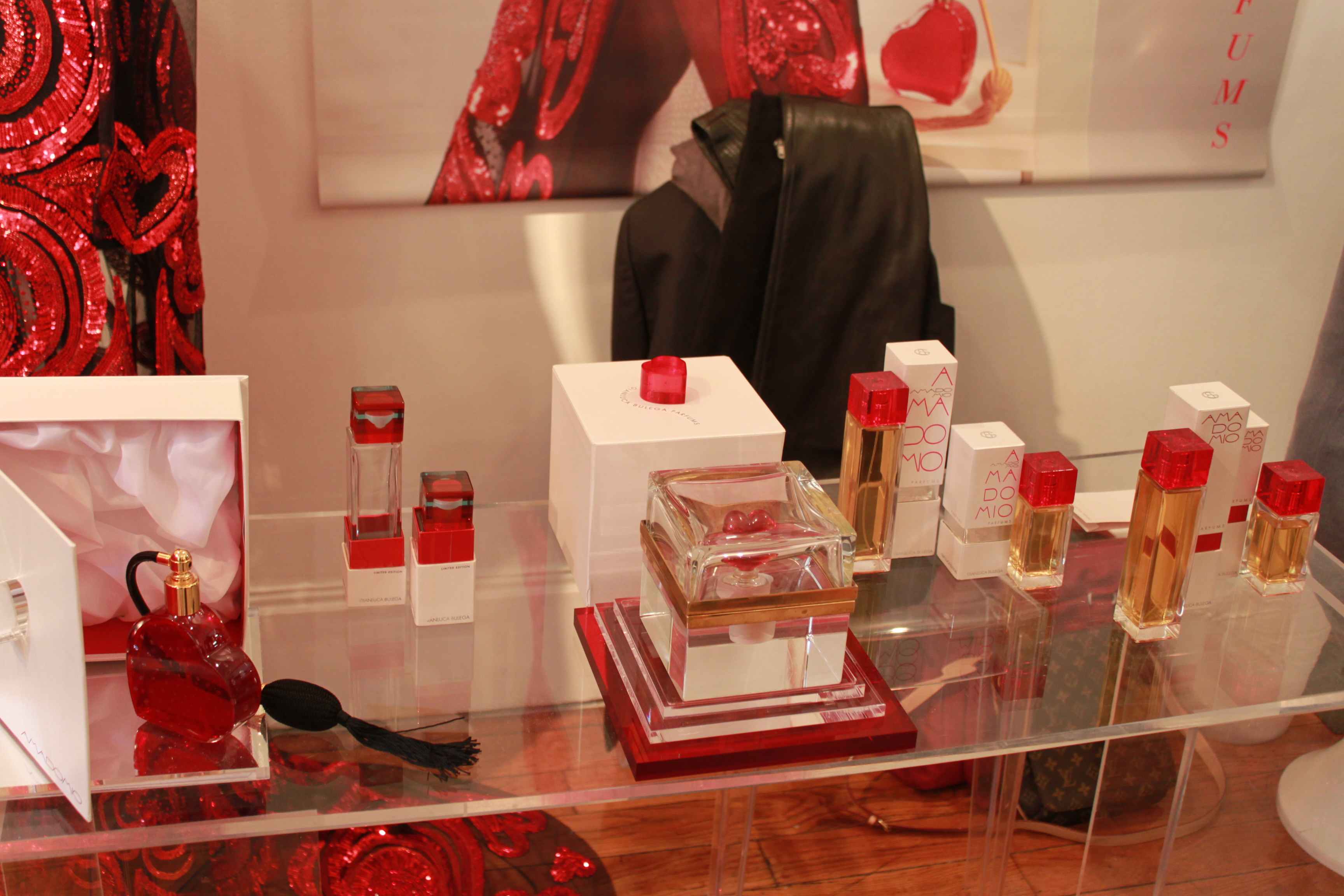 The Italian fashion designer Gianluca Bulega is launching three scents, and at least one of them is very interesting. The scent is called Amami Alfredo (love me, Alfredo, the climactic line from one of Violetta’s arias from La Traviata), and comes in an EdP and an extrait.

This is a really exciting perfume, with lots of personality and character. I recognized some orchid notes, maybe some lily and there is definitely some rose too. Worth trying. The other one, A ma do mio (not sure about the Italian here, but it should mean love me forever) is a lighter scent, and having smelled it after Amami, less exciting. 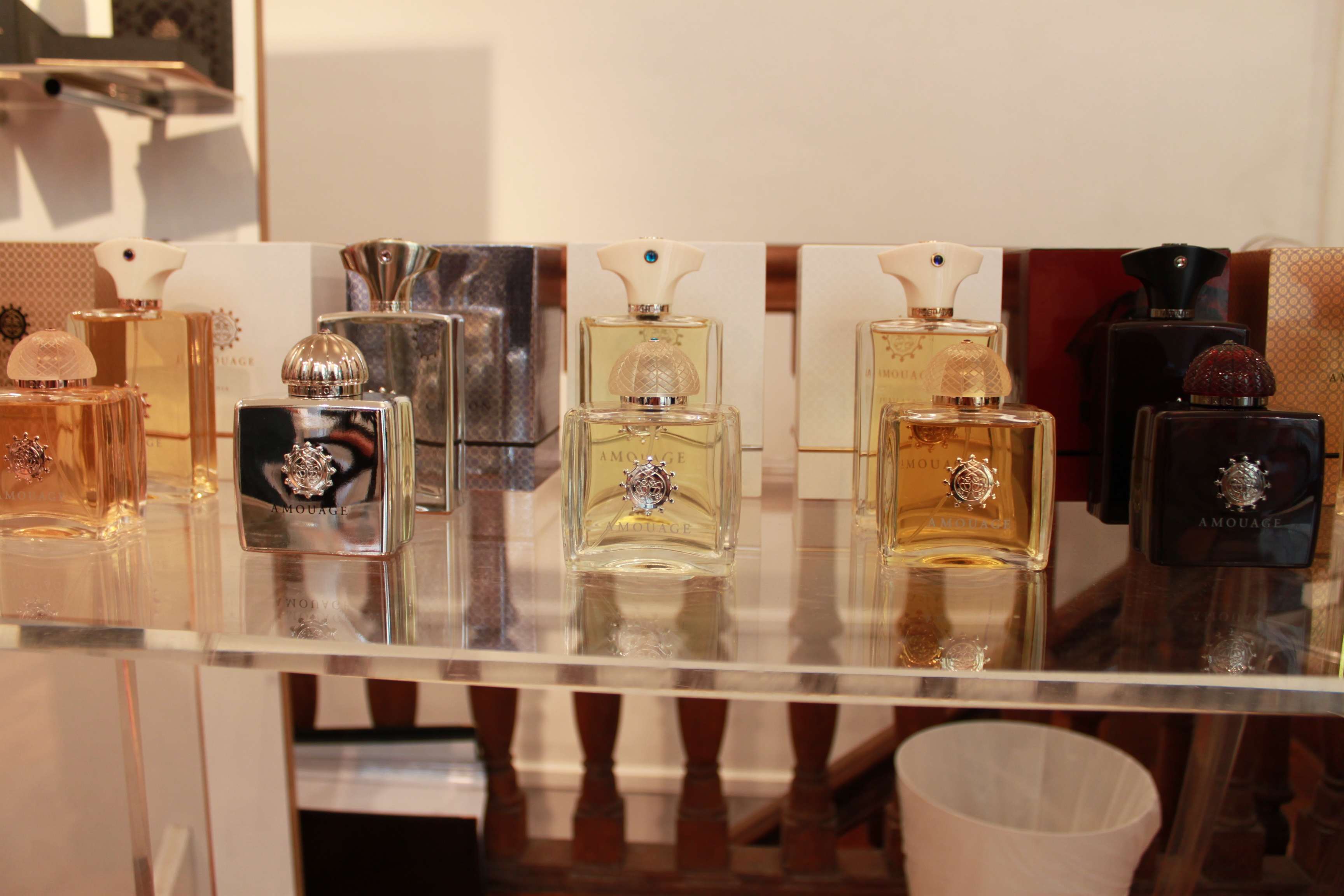 Next was Atelièr Flou (means embarrassed in Norwegian…), and they presented quite unexciting scents, from my point of view. Elysium and I managed to identify other scents that the range they presented were smellalikes to, and that is rarely good in my book.

Amouage is always a pleasure to run into, and they presented their new Homage Ubar. A lovely scent, but it lasted way too short on me. That might just be my skin chemistry, so try it. 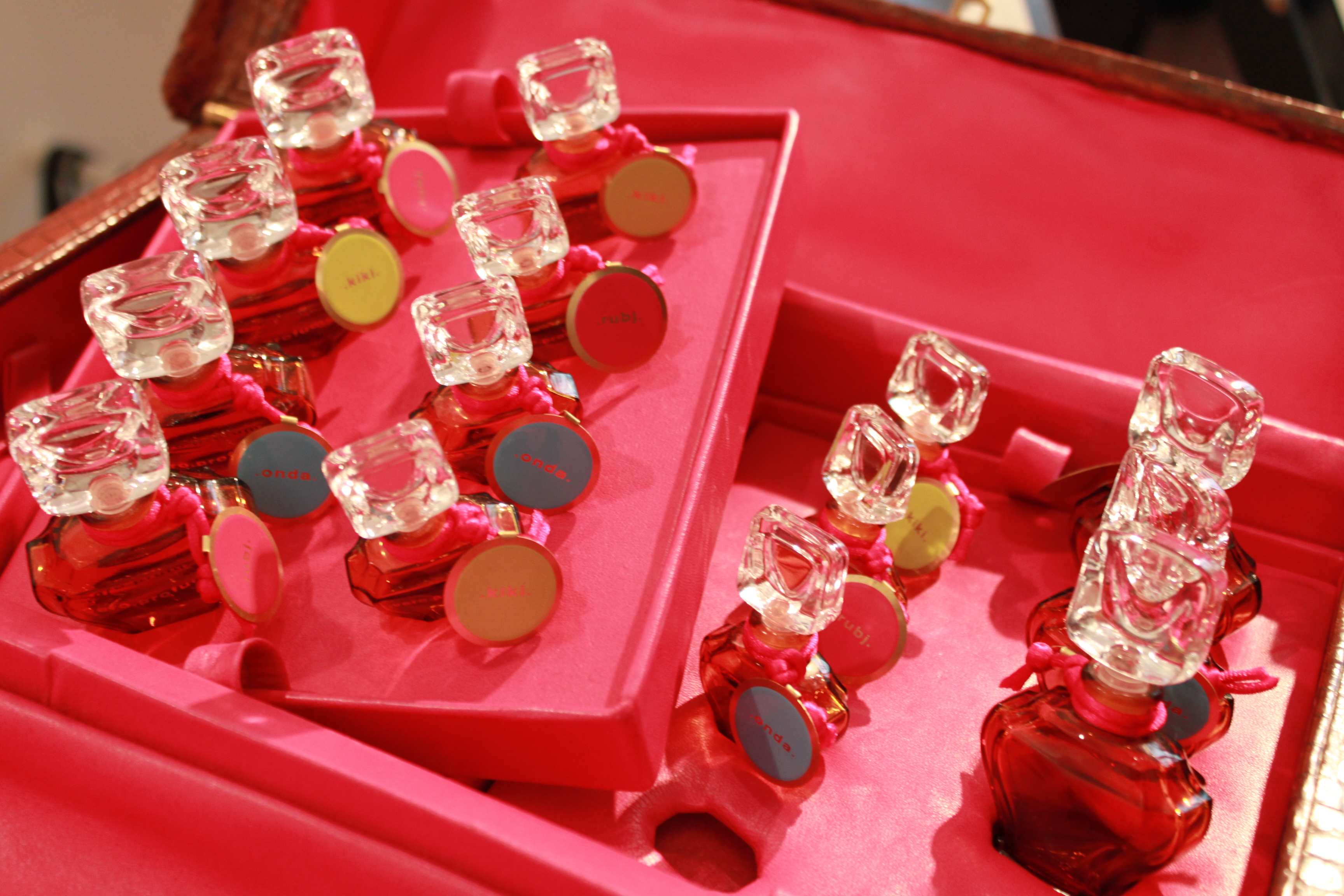 Vero Profumo is a Swiss brand, designed by Vero Kern. Great scents, I got samples of these too, so I might post something about them later.

Claudie Pierlot presented three colognes, Eau de Claudie, Eau de Pierlot and Eau de Cloclo. None of them swiped me off my feet, neither did the Susanne Lang layering kit next to it. I’m too busy in the morning to start layering notes. That’s why I buy perfume, because someone has done the layering for me. Too complicated and time consuming.

Osmoz was there, presenting their note kits, Three kits are launched, with 12 notes in each, and they are launching two more in November, if I understood them correctly. If you order online before October 30th, you get 5% off with the promotional code SALON. They cost € 59 on www.osmoz.com.

Elysium, will you elaborate?